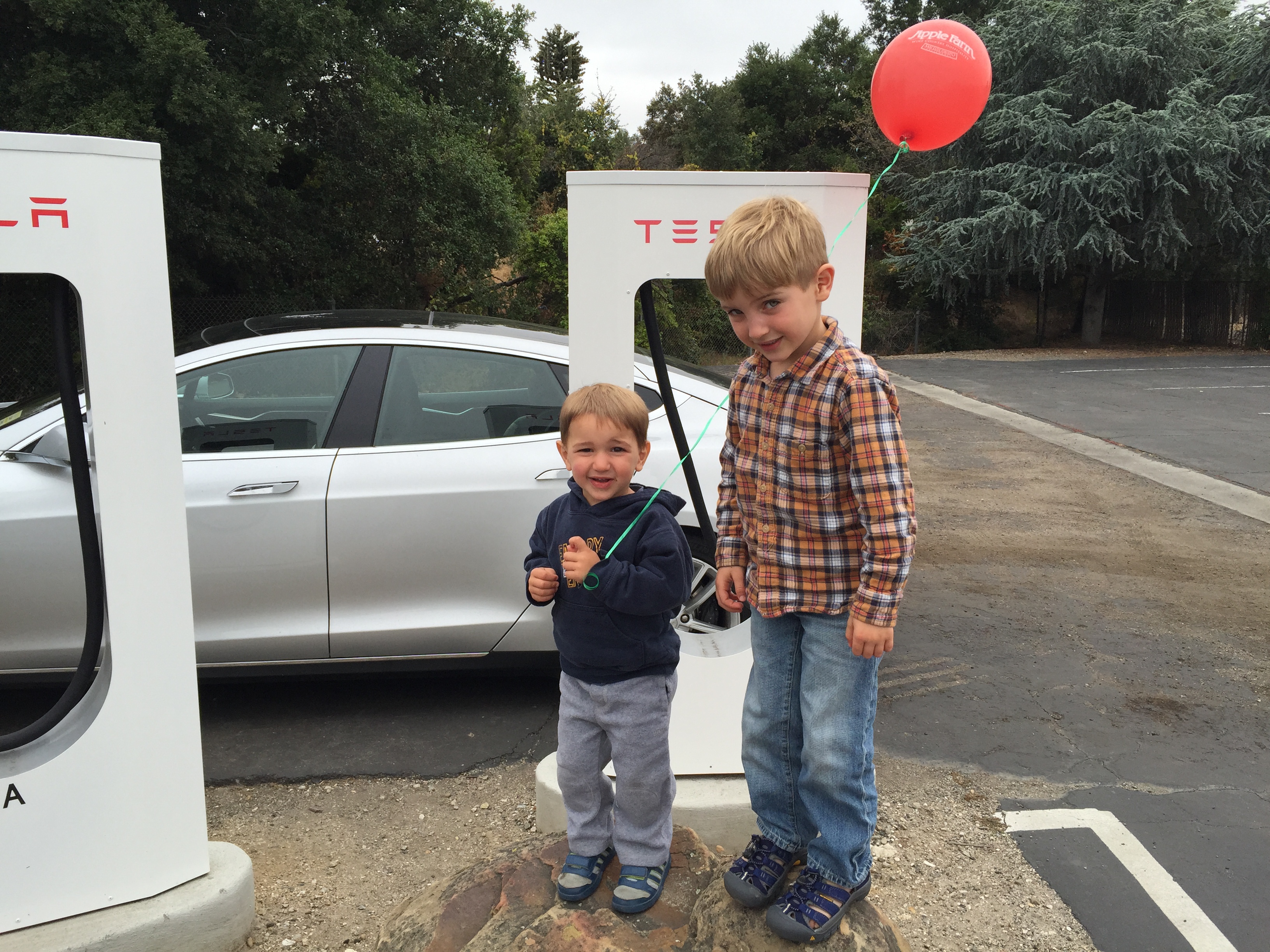 What made you decide to go electric and how did you decide what car to get?
I vowed never to purchase another Internal Combustion Engine vehicle. At the time, the Model S was the only viable long-range option. Supercharging was a big selling point for the Tesla back in 2014. The fact that we live in CA and it was manufactured here, that it was the safest car on the road, and that we could seat seven (with the two rear-facing seats) all helped seal the deal – in addition to the obvious electric powertrain. We were living with family, so our overhead was low. Although it was, and still is, out of our price range, it was important enough to make the transition to electric. Last March I got rid of our other car, a Toyota, and leased a Bolt while we try to figure out what we’re going to do more long-term.

What have been the biggest challenges of going electric?
Infrastructure. We have charging at my work – which I oversee – and at my wife’s work. Her employer put in 50 charging stations but started ramping up the pricing to the point where it was prohibitive for her. We put in a 100 Amp subpanel at the house where we were living when we first bought the Tesla, and then put in a 50 Amp circuit for charging at the home we ended up purchasing. Several people have adopted EVs at work, which is great, but requires juggling people’s charging requirements.

What are the biggest misconceptions of going electric?
That it’s impractical. Going electric may require more planning, but it’s not a huge inconvenience. It’s particularly doable for families with multiple vehicles, since you can just replace one car with an EV for short-range trips and keep a conventional vehicle for longer excursions.

Describe one of the farthest/coolest/most ambitious trips you’ve ever taken in your EV.
From LA, we’ve driven to San Francisco, Monterey, and Las Vegas, but I’d really like to do a cross-country trip.

Do you have any good stories about your experience as an EV owner?
Other owners have almost entirely been friendly. About 10 months in, I met another driver at a charging station in Buellton, CA, who put 47,000 miles on their Model S in just over a year. That’s pretty cool. We’re approaching 115,000 miles in 4.5 years. I’m proud of that, though I’d really prefer to not have to drive at all.

What is the number-one thing you think could be done to encourage more people to go electric?
Expose people to the technology. People are often most afraid of what they don’t know.