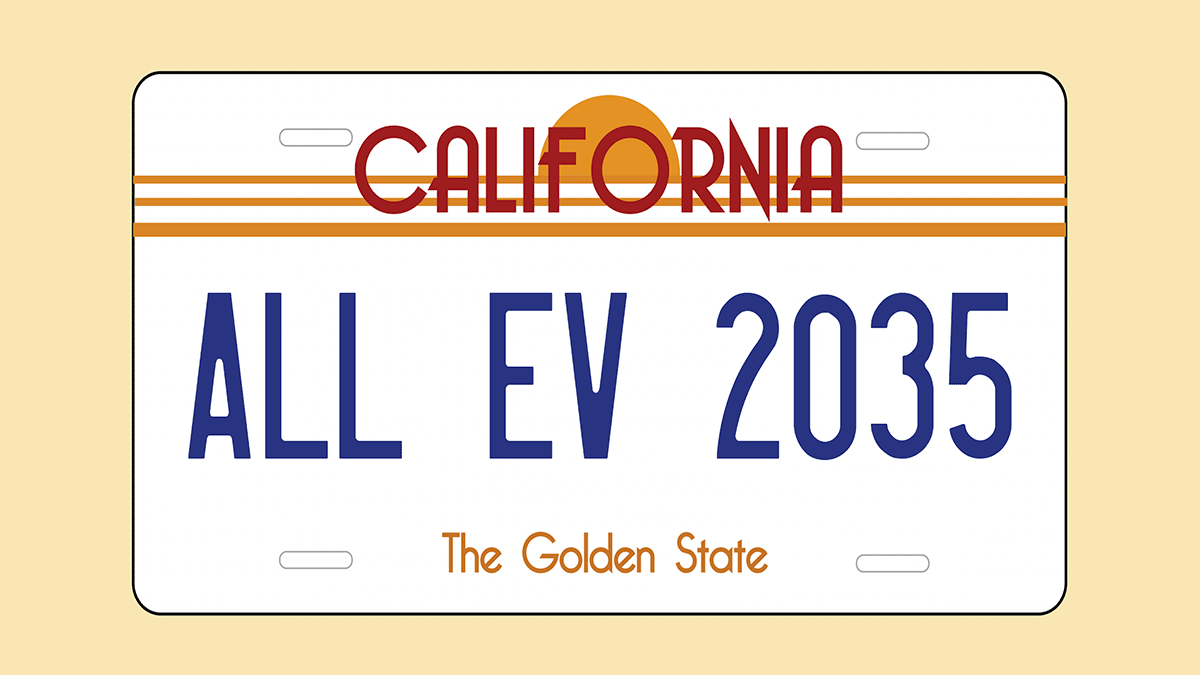 California recently announced plans to electrify nearly all new cars and trucks by 2035. Is this possible? If so, how?

Governor Gavin Newsom signed Executive Order N-79-20 on September 23, directing the California Air Resources Board (CARB) to develop regulations to require that all new passenger cars and light-duty trucks sold in the state be zero emission vehicles (ZEVs) by 2035, all drayage trucks (at ports) be ZEVs by 2035, and all medium- and heavy-duty trucks be ZEVs by 2045 (not just sales) “everywhere feasible.”

As the past few decades have shown, the road to a ZEV future won’t be an easy one. How, then, can we realize these ambitious goals? Research from ITS shows that new policies and new behaviors are needed to achieve these targets.

First, for the market to expand beyond early adopters, more incentives, rather than fewer, will be needed. We expect this pattern to continue until up-front prices for electric vehicles achieve parity with conventional vehicles—which will be many years in the future. If one considers the lower energy and maintenance costs of electric vehicles, the total cost of ownership will start to reach parity in just a few years. But consumers do not generally take the total cost of ownership into account in making purchase decisions.

Second, research from Ken Kurani shows that even though electric vehicles have been available to Californians since before 2014, most mainstream consumers have not shown much interest in them. Instead, a select group of consumers who are predisposed to buying electric vehicles are responsible for most of the sales so far. To sell electric vehicles to the mass market this must change.

Third, the electric vehicle market has been dominated by high-income consumers. These households have purchased around 50% of electric vehicles, despite accounting for only about 4% of all California households. To continue growing the market, many of the other 96% of the population will need to begin purchasing ZEVs.

It is clear we must address these issues of increasing reliance on incentives, lack of consumer engagement, and lack of electric vehicle sales to the vast majority of Californians.

While research shows incentives are becoming more important for consumers, many of those incentives are being reduced or phased out. The incentive for battery electric vehicles from the California Clean Vehicle Rebate Program recently fell from $2,500 to $2,000. The federal tax credit for ZEVs phases out after each automaker sells 200,000 ZEVs nationwide; several automakers have surpassed that number. To continue to grow electric vehicle sales, incentives will need to persist. Current incentive designs are a strain on budgets, so federal and state governments are unlikely to continue funding them. One solution that has been deployed in Sweden and France is a feebate. It imposes no burdens on taxpayers. This is where an adjustable purchase fee on the highest-emitting gasoline vehicles funds consumer rebates on ZEVs. Another key to growing the ZEV market will be incentives that diminish the cost of using ZEVS, like discounts on parking, tolls, and electricity. Even when ZEVs reach (average) price parity with conventional vehicles, incentives will still be needed for those cases where EVs are especially costly or inconvenient, for instance in rural areas, for apartment dwellers, and for larger vehicles that need extra-large batteries. Moreover, many consumers are likely to be resistant for a variety of reasons, such as those related to their circumstances or politics.

Methods to increase consumer awareness might include: increased exposure to ZEVs through electrification of ride-hailing and car-sharing fleets; public education programs like that by Veloz or through trusted community-based organizations; and education and motivation programs for car dealers. There are the crucial and so-far missing considerations of vehicle availability and advertising. Automakers are slowly introducing more models—some committing to electrifying their whole production lines—but consumer options remain limited and ZEVs are not widely available throughout the state and certainly not throughout the country. Automakers will have to begin shifting more of their marketing budgets to support ZEVs and away from the lower-risk (and higher profit margin) gasoline-car market, in response to either regulations or internal plans to increase ZEV production.

To broaden the ZEV market, especially to include consumers who can’t install a home charger, we will need to consider how to develop a charging network that is convenient and easy to access. Determining where to add these chargers will be an ongoing challenge, but studies of current electric vehicle drivers’ charging choices offer helpful insights. For example, most charging occurs at home from 6 pm to midnight, so making charging more available for renters and at multi-family dwellings and low-income housing areas will be key. Evidence also shows that charger availability and pricing can influence when and where people charge. We should expand publicly accessible charging sites that people can use while they are at work during the day—as daytime charging optimizes abundant and clean solar power. Ideally, these same chargers could be accessible to nearby residents who can only charge at night.

With this executive order, California continues to lead the charge in the U.S. to transitioning to a 100% ZEV future. Yet, this monumental societal shift must be guided by sensible local, regional, and state policies and programs, based on research and global experience. There are ample challenges to overcome. Industry and the public must be engaged at all levels of the process to address these three big needs—for ongoing incentives, increasing consumer awareness, and charging infrastructure. Only by working together to create the supply needed from the industry and the demand from the market can we ensure that future ZEVs meet society’s transportation needs while achieving our ambitious climate goals.

Seth Karten is the Science Writer at ITS-Davis.

Austin Brown is the Executive Director of the Policy Institute for Energy, Environment, and the Economy at UC Davis