Is Natural Gas the Transition Fuel for Hydrogen? 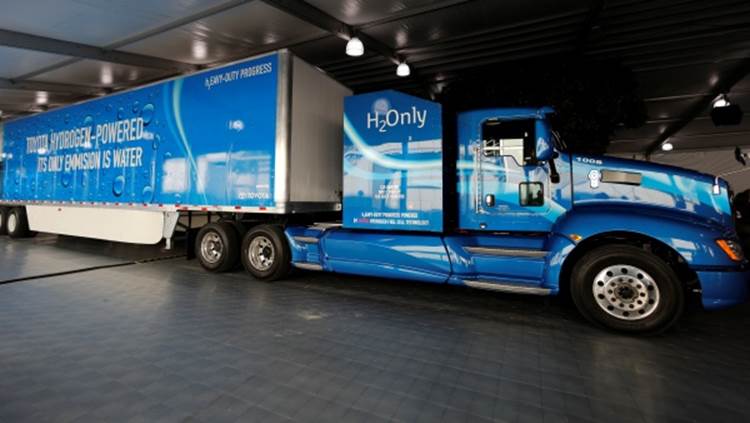 This blog is co-written by Amy Myers Jaffe, the David M. Rubenstein Senior Fellow for Energy and the Environment and Director of the Program on Energy Security and Climate Change; and Joan Ogden, professor of environmental science and policy at UC Davis and director of the Sustainable Transportation Energy Pathways (STEPS) program at ITS-Davis.

It was originally published by the Council on Foreign Relations.

The United Kingdom is moving forward with a novel plan to lower carbon emissions in home heating by injecting low carbon hydrogen into the country’s natural gas grid. National Grid’s Cadent Gas and Northern Gas Networks, together with Keele University, have been studying how to safely add hydrogen (H2) to natural gas residential networks to clean up the country’s heating sector which constitutes a fifth of the U.K.’s total carbon emissions. The pilot, if successful, would put more teeth behind the idea of natural gas as a bridge to lower carbon substitutes.

However, there are many technical barriers to the practice that could be more than meets the eye. Hydrogen embrittles many of the steels used for natural gas pipelines, creating the potential for dangerous leaks. Some sections of the U.K. system already have advanced materials more suitable for hydrogen transport but adjusting end-use appliances to be hydrogen blend ready still needs to be done. The current hydrogen blending pilot will begin with safety work in 130 homes and businesses in a limited geography to convert appliances and avoid any dangerous leaks. Recent U.S. studies suggest that transporting a hydrogen-natural gas blend over an existing natural gas pipeline network safely is technically possible at levels between 5 to 15 percent hydrogen by volume, assuming the system in question is in top notch maintenance with no potentially dangerous cracks or leaks. Current European regulations allow between 0.1–12 percent hydrogen in natural gas lines. All analyses stress the critical importance of a case by case assessment before introducing hydrogen into a natural gas system. Officials are saying the U.K. system can specifically accommodate 20 percent given its history and materials. For residential use, U.K. officials believe some six million tons of carbon could be saved if the program could extend across the country.

But blending does not necessarily enable major reductions in greenhouse gas (GHG) emissions in transport applications, unless the “green” hydrogen—that is hydrogen produced from renewable sources as opposed to chemically “reformed” from methane—can be separated from the blend and then delivered to a highly efficient fuel cell vehicle. At this juncture, our newly published survey article of the latest science shows that costs to do so are currently prohibitive. Blending into existing networks ultimately limits the scale of possible H2 fuel adoption, because of the technical constraints on the allowed hydrogen fraction. For these reasons, locations such as Germany or California that intend to make a large H2 fueling push for automobiles are likely to build out separate networks, rather than relying on upgrading existing natural gas distribution systems.

Natural gas is already in wide use as a fuel for fleet vehicles, medium-duty work trucks, and short haul drayage trucks. Liquefied natural gas (LNG) is increasingly being used in long haul freight applications. By contrast, hydrogen fuel cell vehicles are just beginning to be adopted in some early adopter regional settings, mainly for light-duty passenger applications. About 5,500 hydrogen cars are on the road today. Interest in using hydrogen fuel cells for zero emission medium- and heavy-duty transport is also growing. A few dozen hydrogen fuel cell buses and work trucks are being demonstrated.

California policy makers were hoping synergies between natural gas fueling infrastructure and hydrogen could ease transition costs of shifting to hydrogen to get deep cuts in transport related GHG emissions. But our work suggests that biogas could be a better fit in the coming years. We find that it is not going to be commercially rewarding to re-purpose or overbuild natural gas fueling station equipment and storage for future hydrogen use. Ultimately, a dedicated renewable hydrogen system would be needed for hydrogen to play a major role in reducing transport-related GHG emissions. In the meantime, California is investigating the benefits of greening its current truck fleets by blending cleaned up bio-methane, so called renewable natural gas, into the natural gas fueling system in the state. Injection of landfill gas would be one of the more commercial and productive alternatives, for example. However, the bio-methane resource is smaller than the future potential of hydrogen manufacturing, which has led California to continue to promote a pilot for hydrogen fuel cell vehicles and infrastructure in select markets such as Los Angeles, as one of the central pillars in its strategy toward a zero-emissions, low carbon future.