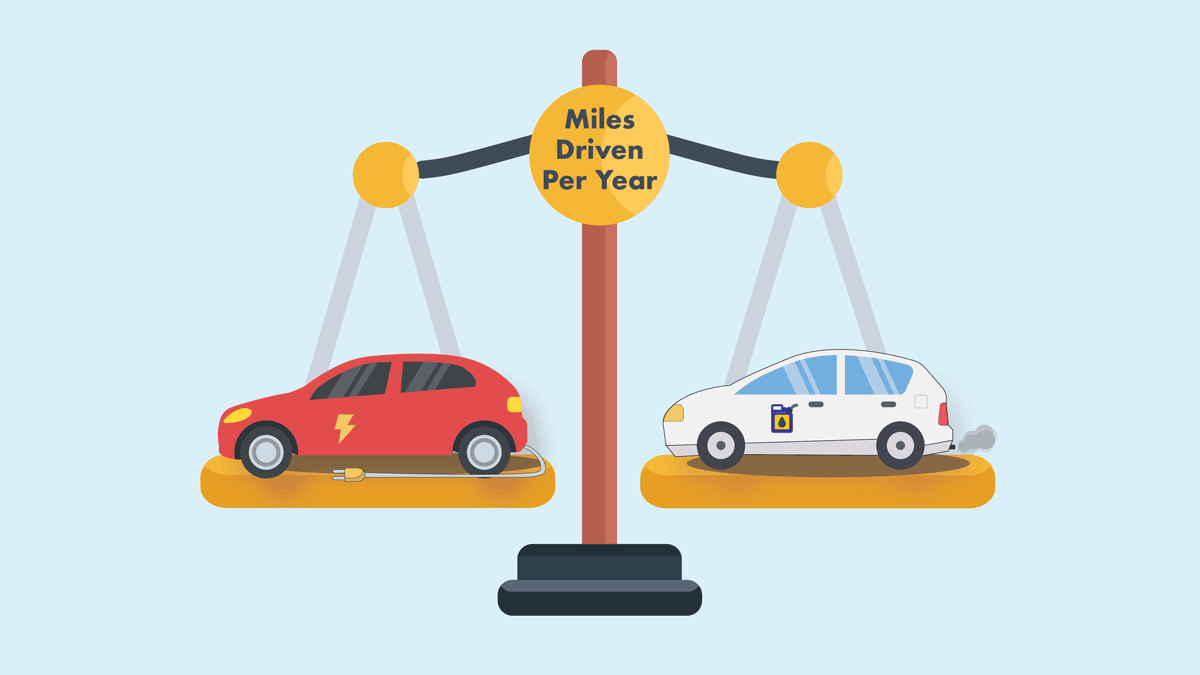 Using multiple sources of data, we find that battery EVs are driven on average about 11,000 to 13,000 miles per year, while gasoline vehicles are driven about 9,000 to 11,000 miles per year. Our estimate of annual EV miles is much higher than previous studies report. There are three explanations: (1) prior studies used data mostly from short range EVs; (2) the range of newer EVs is much greater; and (3) data collection methods in earlier studies had certain biases and limitations.

On the issue of data collection: previous studies were based not only on shorter range vehicles, but, in some cases, they underestimated vehicle miles traveled based on measures of at-home charging, without accurately measuring away-from-home charging or hybrid miles traveled by plug-in hybrid vehicles.

To address the debate on EV use, we analyzed four datasets—from the outdated 2017 National Household Travel Survey (NHTS), the California Energy Commission 2019 Consumer Vehicle Survey, and two UC Davis studies. One of these two UC Davis studies used the most reliable source of electric miles traveled—measurements from data recorders on board vehicles. The second used data from multi-year questionnaire surveys completed by 19,304 EV and plug-in hybrid owning households, a far larger sample with a greater variety of households and vehicles than the samples in other data sets (for information on this survey see here and here). The figure below shows the results from each data set for all EVs (i.e., all ranges), short-range EVs, long-range EVs, plus plug-in hybrids, gasoline hybrid vehicles, and gasoline cars. 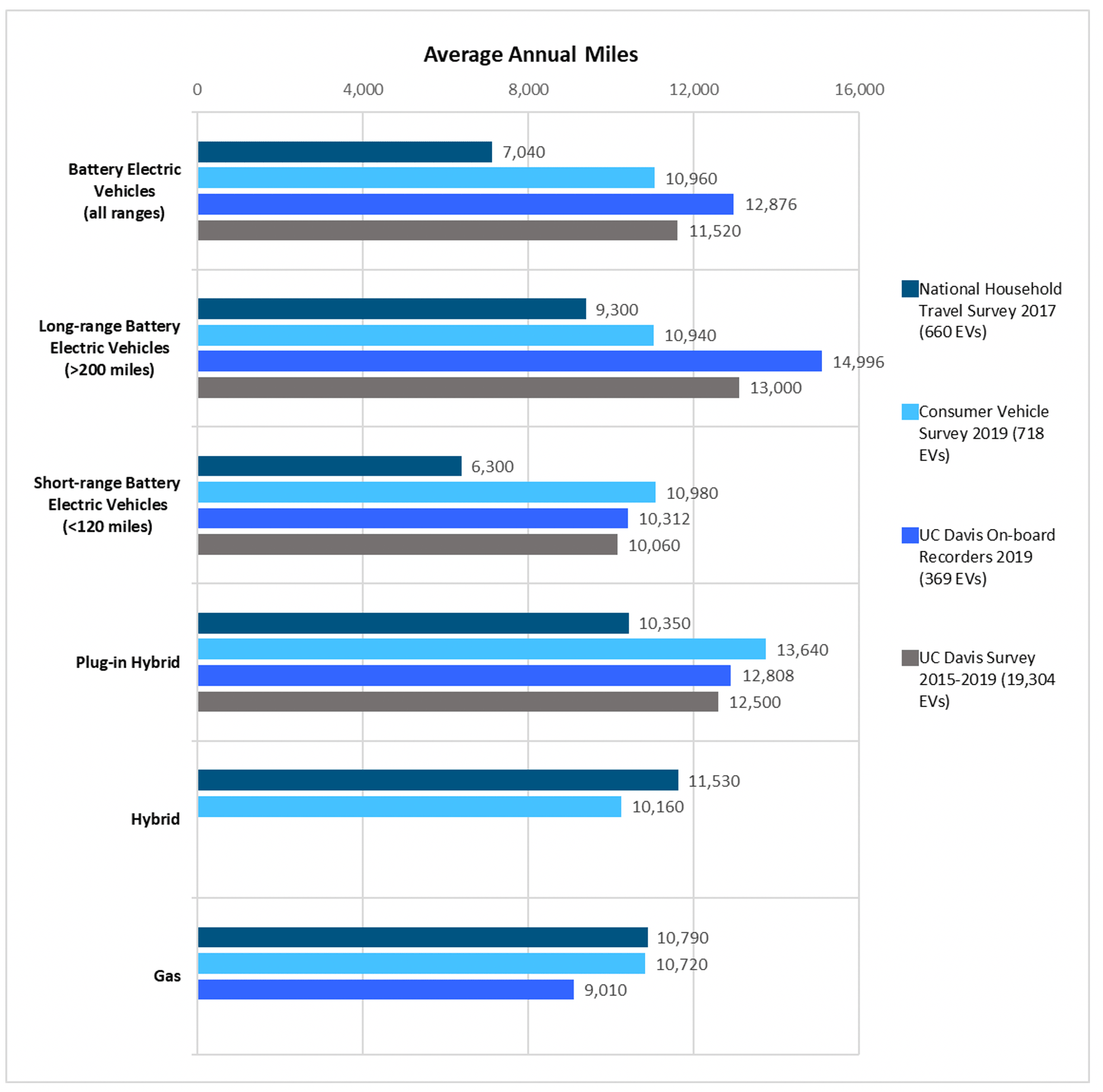 EVs are driven as much as, or more than, gasoline vehicles. In this chart, the average annual vehicle miles travelled for each vehicle type is shown, with the bars color coded to indicate the source of the data. (Figure adapted from this UC Davis report.)

As the figure shows, the NHTS data (dark blue bar at the top of each set) gives the lowest estimate of miles traveled for EVs of different ranges and plug-in hybrids (top vehicle types in the figure). The NHTS data set is, however, the least current of the data sets shown and the most affected by factors that lead to underestimating electric miles traveled. Namely, it is based on early, short-range models of electric vehicles and early adopter households with older drivers, retirees, and multiple vehicles. All of these differences would lead to lower overall electric vehicle mileage.

Before discounting the benefits of electric vehicles based on how much they are driven, we need to keep in mind the limitations of the different sources of data, as well as the characteristics of the electric vehicle owners surveyed. Large-scale data from automakers’ telematic systems or on-board recorders would be optimal but are not available. For now, data from surveys like the UC Davis survey and data from on-board recorders may offer the best available estimate of how EVs and plug-in hybrids are being used in the real-world.

In summary, all the recent direct sources of data that we investigated indicate that, contrary to some reports, both EVs and plug-in hybrids are driven at least as much as gasoline vehicles. These results and the debates around electric vehicle use highlight the need for research and data collection focused on understanding how electric vehicles integrate into households. This research will become even more relevant as regions, including California, work towards goals of 100% new vehicle sales being electric, and as these regions base their regulations and incentives on how those vehicles are used.

Debapriya Chakraborty, is a postdoctoral researcher with the Plug-In Hybrid and Electric Vehicle Research Center at ITS-Davis

Scott Hardman, Ph.D. is a professional research scientist with the Plug-In Hybrid and Electric Vehicle Research Center at ITS-Davis and manages the International EV Policy Council

Seth Karten is the Science Writer at ITS-Davis