I earned master’s and doctoral degrees in ecology from UC Davis before spending more than a decade in Washington, D.C., advancing climate change policy. Thus, it is no surprise that much of my policy work is grounded in ecological science and has examined the role that natural landscapes can and should play in addressing climate change.

On March 10, The Nature Conservancy (TNC) and the UC Davis Policy Institute for Energy, Environment and the Economy co-sponsored “Natural Climate Solutions Symposium” in Sacramento which featured speakers from government, academia, non-governmental organizations, and the private sector to elevate the dialogue on how California’s natural landscapes can be used to reduce greenhouse gas emissions and help the State of California adapt to its changing climate.

We had a few goals for the day which I think we achieved: 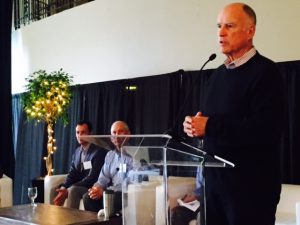 The symposium kicked off with a bang with a presentation from Wade Crowfoot, Deputy Cabinet Secretary and Senior Advisor to Gov. Jerry Brown. Mr. Crowfoot quoted Charles Dickens’ A Tale of Two Cities about this being “the best of times” and “the worst of times” for action on climate change.

A surprise appearance by Gov. Brown reinforced this concept. He noted that we are facing serious impacts from climate change already; we face some tough political barriers to action; and we have the challenge to compress the complexity of climate change impacts and solutions into one-liners that can be rallied around to catalyze action.

And none of our speakers were Pollyannas about the current situation. We learned from Dr. John Battles of UC Berkeley that California’s lands currently are a carbon source and not a sink. 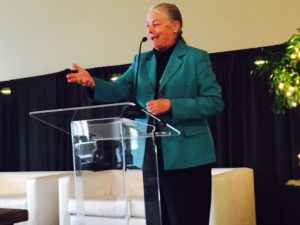 But, lest we focus too much on the “worst of times,” we also heard from Sen. Fran Pavley, the governor, and Mr. Crowfoot about the significant progress we have made through concrete legislative and executive action to reduce greenhouse gas emissions and adapt to a changing climate. Sen. Pavley was honored for her legacy of strong action on climate change in the California Assembly and Senate. And, in the aftermath of last December’s United Nations Framework Convention on Climate Change meeting in Paris, we’ve never had as much global momentum for climate action.

It’s time to take advantage of this worldwide focus on climate change and optimize the benefits natural ecosystems are already playing to sequester carbon and increase resilience to climate change. The symposium underscored why natural resource solutions need to “rise up higher” in the climate discussion, as TNC’s Michelle Passero noted, to become integral to overall climate policy strategy. 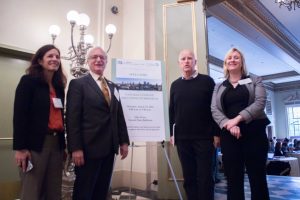 Governor Jerry Brown with (from left) Michelle Passero and Louis Blumberg of The Nature Conservancy and (far right) Kit Batten of the UC Davis Policy Institute for Energy, Environment and the Economy

Another “best of times” example was the science presented at the symposium. Drs. Ben Houlton and Louise Jackson from UC Davis, UC Berkeley’s Dr. Battles, and Ellie Cohen of Point Blue Conservation Science said we already have plenty of science. We know how to manage natural lands to maximize carbon sequestration, climate resilience, and other co-benefits (such as increasing or conserving biodiversity). So, the time for action is now.

Over the course of the day, we dug into the challenges and courses of action needed to better incorporate natural lands management into state climate change mitigation and adaptation policy. We heard from executive branch leaders David Bunn (Director, California Department of Conservation) and Edie Chang (Deputy Executive Officer, California Air Resources Board) about current action plans including an upcoming March 23 CARB scoping plan meeting on managing natural lands for climate change benefits. We learned from Assemblymembers Rich Gordon and Richard Bloom about the legislative calendar of hearings prioritizing these issues in the coming months. We heard about the challenge posed by the need to focus Greenhouse Gas Reduction Funding (GGRF) generated by cap-and-trade revenue to ensure “biggest bang for the buck” for reducing greenhouse gas emissions while at the same time needing to value and quantify co-benefits from natural lands management. We discussed the possible need for a statutory approach to address carbon sequestration in landscapes outside of urban areas covered by Senate Bill 375. And finally, we learned from practitioners and private landowners about their work on the ground, already managing natural lands for climate change benefits and their lessons learned on the importance of engaging communities, especially economically disadvantaged communities, in this planning and work. 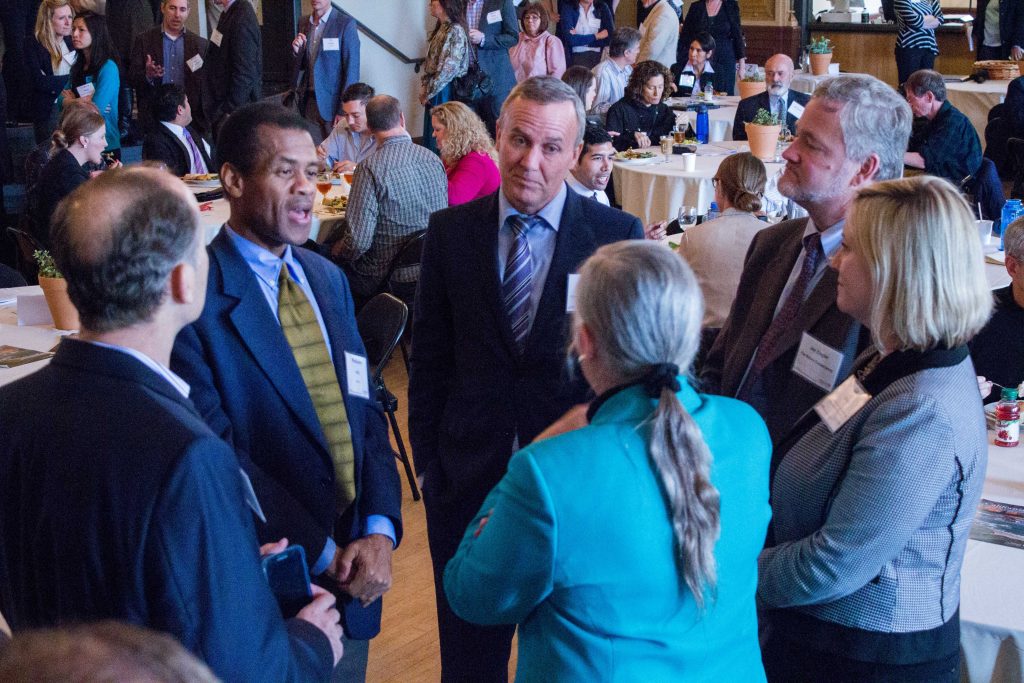 It is abundantly clear that figuring out the best ways to incorporate natural lands into climate change initiative in the state, as well as nationally, and internationally, is a hot and very complex—topic. Quantifying, measuring, and monitoring how natural lands contribute to carbon sequestration and climate resilience are first key steps. The next step: building consensus for an investment in policies that scale up natural climate solutions across California, is no easy task.

But the long-held “narrative that the environment and the economy are enemies is shifting,” noted Assemblymember Gordon, with analysis that shows the financial benefits of environmental investment.

As UC Davis’ Dr. Jackson stated, “transformative change happens from people.” The experts who participated in the March 10 symposium are helping to inform that change, and leading us down the path to success.

Kit Batten, Ph.D., is the Executive Director of the Policy Institute for Energy, Environment and the Economy

Biographies of the symposium presenters