We Can, and Should, Account for the Consequences of Expanding Highways 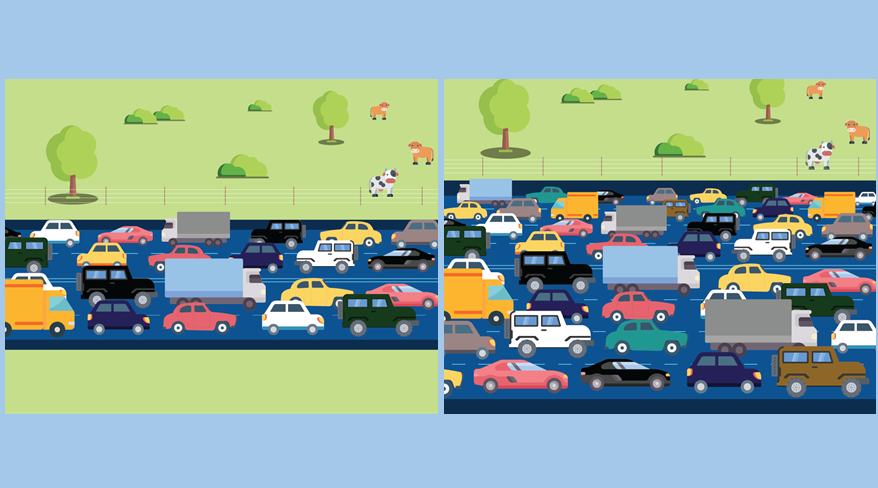 In 2019, a California lawmaker introduced legislation to use money from the state’s Greenhouse Gas Reduction Fund to add vehicle lanes to both of California’s major north-south highways. The bill reasoned that the additional lanes would “decrease traffic congestion and thereby decrease the emissions of greenhouse gases caused by automobiles.”

Think about that for a moment. A proposal to take funds reserved for reducing greenhouse gas emissions and spend them on projects that would make space for even more cars on California’s highways.

While the bill went nowhere, it illustrates the pervasiveness of the flawed logic that highways clogged with traffic can simply be widened to relieve congestion, speed up traffic, and even clean the air. The reality is just the opposite, because of a phenomenon known as the induced travel effect. Researchers at UC Davis have developed a simple tool to estimate this effect and understand the true impacts of widening highways on vehicle miles traveled and pollution.

Decades of research have shown the existence of the induced travel effect. This phenomenon can be explained by the basic economic principles of supply and demand. Expanding highway capacity increases average travel speed (at least initially), which reduces the time “cost” of driving. When the cost of driving decreases, the volume of (or “demand” for) driving increases, as is true for most economic goods.

This added driving can come from shifts to driving from non-auto travel modes, shifts in destinations and driving routes, and entirely new trips. All of this additional driving can ultimately return highway traffic congestion to pre-expansion levels.

Figure 1. A schematic of the induced travel effect.

Studies consistently suggest that the elasticity of the induced travel effect—the rate at which driving increases after expanding a highway—is close to 1.0 in the long term. This means that for every 10% increase in highway capacity, vehicle miles traveled will increase by close to 10% within 5 to 10 years, canceling out any congestion reduction benefits.

However, this overwhelming evidence has not prevented generations of traffic engineers from proposing and building highway expansions with the stated goal of “congestion relief.”

Even when transportation departments acknowledge the induced travel effect, they often argue that the additional driving is adequately estimated through travel demand models. The problem is that most travel demand models don’t fully account for induced travel. To address this problem, our research team developed a simple but powerful tool to estimate the additional vehicle miles traveled induced by adding highway capacity in California.

The Induced Travel Calculator is a publicly available, online tool that agencies and stakeholders can use to estimate the vehicle miles traveled induced annually by adding lanes to major roadways in counties in California’s metropolitan areas. This estimation of induced vehicle miles traveled can be used to calculate corresponding increases in greenhouse gas emissions and pollution. The calculator bases its estimates on a project’s length in lane miles, data from Caltrans on regional lane-miles and vehicle miles traveled, and estimates of elasticities from published research. Using the calculator can provide a consistent assessment of the true impacts of adding highway lanes.

We applied our calculator to five highway expansion projects approved in California over the last 12 years. The agency overseeing each project completed an environmental review, as required by federal and state law, to help decision-makers and the public weigh the project’s potential costs and benefits. We found that only three of these environmental reviews estimated induced travel effects. All three estimates were lower—two were more than 10 times lower—than our estimates from the Induced Travel Calculator. 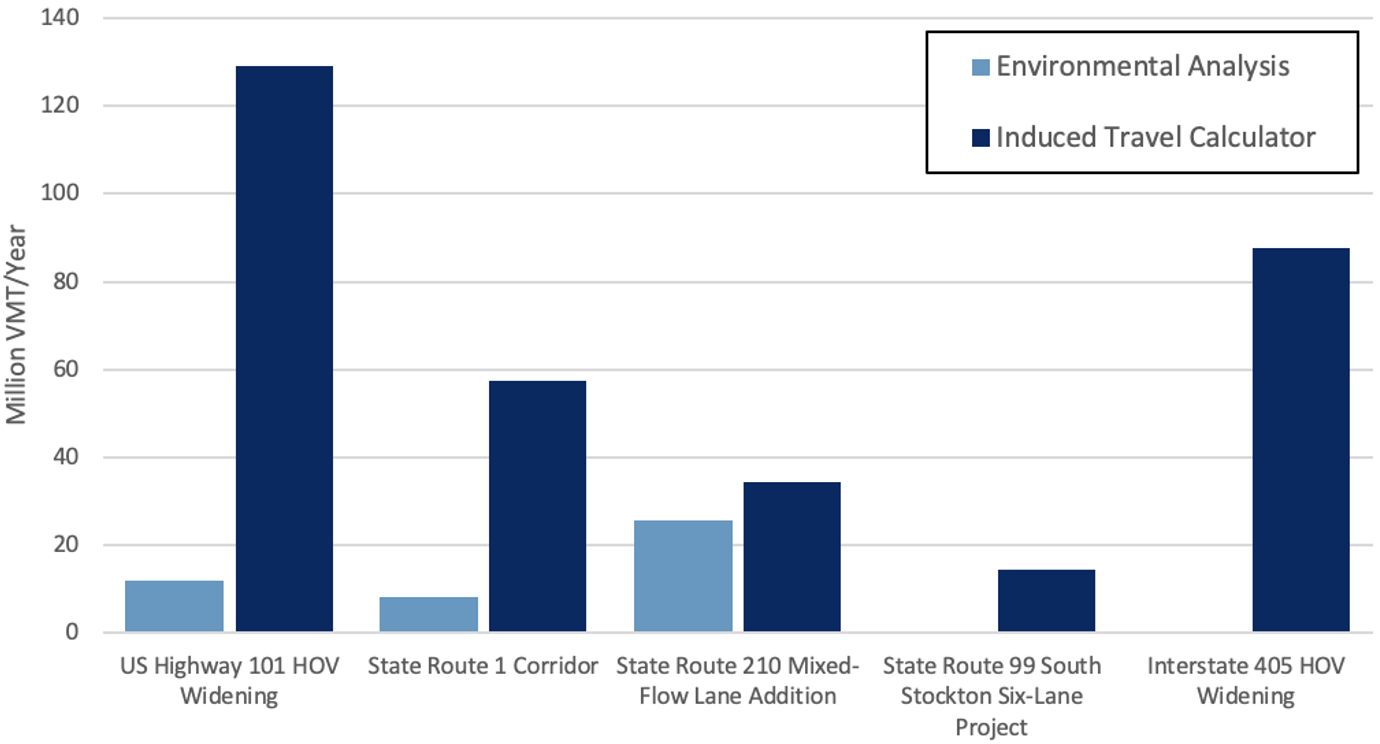 Figure 2. A comparison of induced vehicle miles traveled as estimated in highway expansion projects’ environmental analyses (if done) vs. the induced travel calculator.

These projects, all of which were proposed with a goal of reducing traffic congestion, appear to have over-promised their congestion relief benefits while not fully disclosing the added traffic, local air pollution, and greenhouse gas emissions they will cause.

Caltrans has recently taken a significant step toward accounting for the effects of induced travel. For the first time, it issued guidance on measuring induced travel and recommends using our Induced Travel Calculator when applicable. These efforts stem from new state requirements to analyze the impacts of proposed projects on vehicle miles traveled, under the California Environmental Quality Act. While the calculator is tailored to California, it could easily be adapted for use in other states. For example, City Observatory recently adapted the calculator for the Portland, Oregon metropolitan area.

As the new US Department of Transportation leadership contemplates taking up greenhouse gas performance measure regulations previously issued under the Obama administration and rescinded by the Trump administration, it should ensure that states tracking emissions from their highway systems are accurately accounting for the effects of adding highway lanes. A recently introduced bill in Congress would do just that, requiring state and regional governments to publish an analysis of how proposals to increase highway capacity would affect vehicle miles traveled.

Reducing transportation greenhouse gas emissions has been stubbornly difficult. The task is made even harder by highway widening projects, which accommodate more driving. A clear-eyed assessment of these projects’ true impacts is an important first step toward reversing this trend.

Jamey Volker is a Postdoctoral Researcher at the National Center for Sustainable Transportation, led by the UC Davis Institute of Transportation Studies.