Bay Area Rep. Mark DeSaulnier is throwing another jab in California’s battle with the Trump administration over climate change policy.

Inside the new Uber-style bus service in Sacramento. Will you ditch your car?

Starting Monday, bus and rail agency Sacramento Regional Transit will launch a major expansion of an experimental service that invites residents and workers in nine local communities, including downtown, to leave their cars in the garage and instead summon a door-to-door ride-share shuttle bus called SmaRT Ride. 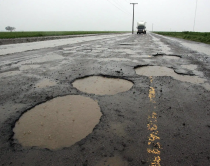