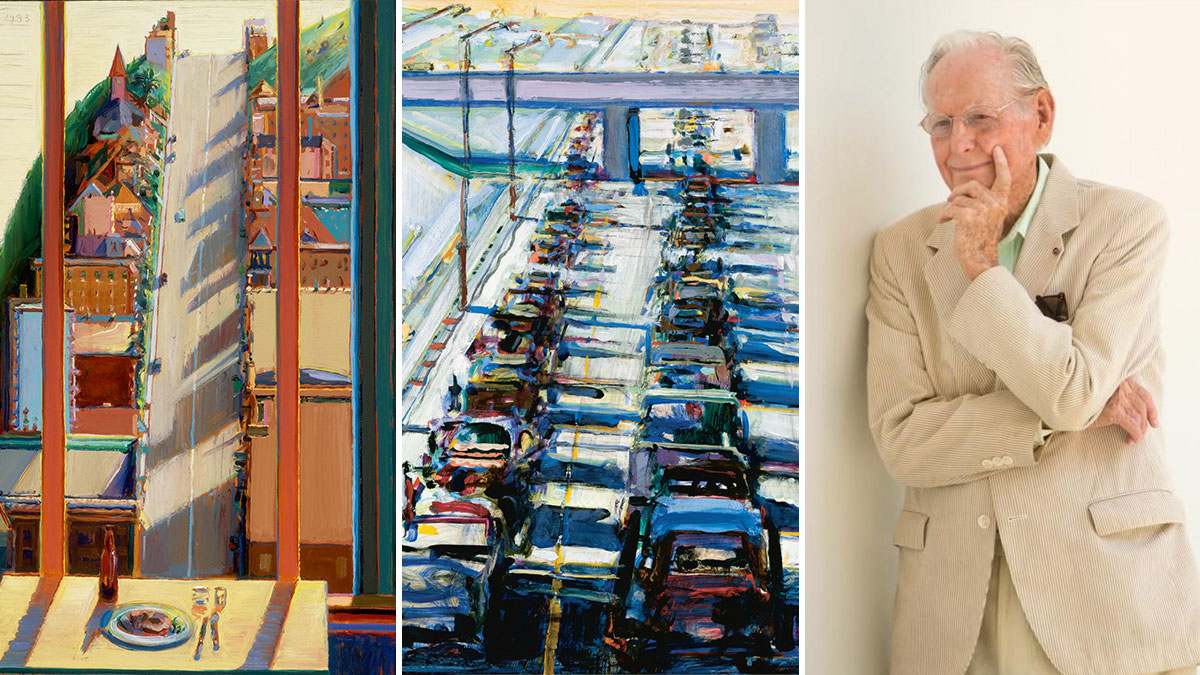 We at ITS-Davis would like to express our sadness at the death of artist Wayne Thiebaud and our gratitude for his generosity and support. As the New York Times obituary noted, “he was a virtuoso of the everyday and its deep, subtle symbolism.” We at ITS-Davis benefited from that virtuosity and his kindness. Mr. Thiebaud, a professor at UC Davis, was a supporter of ITS-Davis from the time of its founding in 1991. His acclaimed artwork has featured prominently on the covers of our biennial reports and on multiple posters that now grace our walls. The recognizable, pioneering, and beautiful work from such a prominent and talented artist lent artistic vision to the forward-thinking research being done at ITS-Davis. Many of his paintings depicted roadways and vehicles in urban and rural settings in the San Francisco Bay Area and surrounding regions. For us, these not only were enriching works of art but also helped us to evocatively communicate our mission, to conduct transportation research that can inform policy and help preserve, in its everyday beauty, life on the planet. We salute Mr. Thiebaud’s life and work. He will be missed.