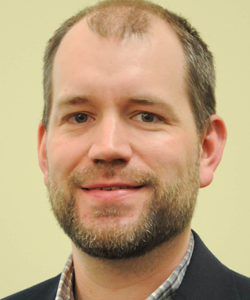 Adam Schultz joined UC Davis in January 2014 as the Program Manager of the UC Davis Energy Institute where he oversees daily operations of this campus-wide research institute. Adam is leading the effort to secure approval of an Energy Graduate Group at UC Davis that would award M.S. and Ph.D. degrees in one of two tracks: (1) Energy Science & Technology, and (2) Energy Policy & Management. He is also working with faculty and researchers across the campus to develop interdisciplinary research proposals in energy, in addition to facilitating collaboration and networking opportunities between our faculty, researchers, and students with industry and government. Prior to joining UC Davis, Adam was a Senior Analyst at the California Public Utilities Commission (CPUC) in San Francisco where he led the development and oversight of California’s wholesale renewable distributed generation procurement programs. Adam graduated with a B.A. in Political Science from Tufts University in Medford, Massachusetts and with a J.D. from the Benjamin Cardozo School of Law at Yeshiva University in New York City.