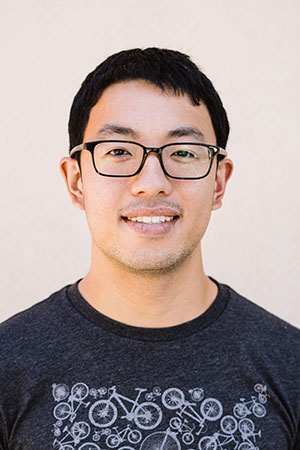 Alan Jenn is currently an assistant professional researcher at the Plug-in Hybrid and Electric Vehicle (PH&EV) group of the Institute of Transportation Studies (ITS) at the University of California, Davis as well as an affiliate at Lawrence Berkeley National Laboratory.  He graduated from Carnegie Mellon University with a PhD in the department of Engineering and Public Policy (EPP) and has undergraduate degrees in Molecular and Cell Biology, Music, and Energy and Resources from the University of California, Berkeley.  Alan’s research is focused on plug-in electric vehicles (PEVs): integration with the electric grid, adoption of the technology, use in ride-hailing companies (such as Uber and Lyft), and its impact on transportation finance.

Alan developed the Grid Optimized Operation Dispatch (GOOD) model to investigate the link between electric grid and plug-in electric vehicles. His original work focused on the long-term trajectory of upstream electric vehicle emissions as the grid shifted away from coal towards natural gas and renewable generation through 2040. Alan’s modeling efforts have since spawned collaborations with Lawrence Berkeley National Laboratory and the Department of Energy: investigating the joint operation of shared, autonomous, and electric vehicle fleets, RTI and the Environmental Protection Agency to examine the impacts of extreme fast charging, and with other academic institutions Massachusetts Institute of Technology, Carnegie Mellon University, and Georgia Tech to study secondary health benefits corresponding to carbon taxes.

His work on adoption of electric vehicles has also branched into its use within new mobility services, particularly ride-hailing companies such as Uber and Lyft. Alan’s early research into this topic helped shape legislative efforts into decreasing emissions in transportation network companies (TNCs) through SB 1014 and the California Air Resources Board’s corresponding efforts. His studies have identified the explosive growth in electric vehicle usage and their relative contribution to charging demand load in California. His continuing work is studying the deployment of chargers for electric vehicles participating in ride-hailing services and the use of PEVs by non-full time drivers in Uber and Lyft and the implications of using the new technology.

Following the passage of SB1, the Road Repair and Accountability Act of 2017, Alan was selected as the Principal Investigator to provide the California Legislature an analysis regarding the Zero-Emission Vehicle annual registration fee. He has also studied other aspects of transportation finance as it relates to PEVs: paying their fair share for road infrastructure, integration with a road-usage charge, and leveraging PEV technology to enable other pricing mechanisms (e.g. congestion and occupancy charges). His work with road-usage charge is closely tied to efforts by the California Depart of Transportation to implement a program in California and to investigate transitions at the national level.