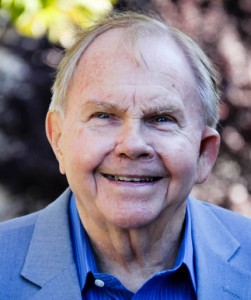 Since 1974, Dr. Andrew Burke’s career work has involved many aspects of electric and hybrid vehicle design, analysis, and testing. He was the head systems engineer on the U.S. Department of Energy–funded Hybrid Vehicle (HTV) project while working at the General Electric Research and Development Center in Schenectady, N.Y.

As a Professor of Mechanical Engineering at Union College in Schenectady, he continued his work on electric vehicle technology through consulting with the Argonne and Idaho National Engineering (INEL) Laboratories on various DOE electric vehicle and battery programs. He was employed from 1988-1994 at INEL as a principal program specialist in the electric and hybrid vehicle programs. His responsibilities at INEL included modeling and testing of batteries and electric vehicles and the technical management of the DOE ultracapacitor program. He has authored over 100 reports and papers on electric and hybrid vehicles, batteries, and ultracapacitors.

He joined the Research Faculty of the Institute of Transportation Studies at UC Davis in July 1994. He has performed research on and taught graduate courses on advanced electric driveline technologies specializing on batteries, ultracapacitors, fuel cells, and hybrid vehicle design, control and simulation.