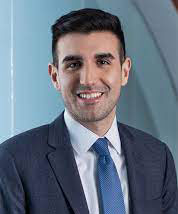 Prior to joining the Association, Michael held various appointed positions in the administration of Governor Jerry Brown, serving most recently as Senior Legislative Analyst at the California High-Speed Rail Authority. In this role, Michael developed and managed the Authority’s legislative program, advised its CEO on legislative and budgetary issues and developments, and served as the Authority’s primary liaison to the State Legislature, the California State Transportation Agency, and the Office of the Governor. Previously, Michael served as a Legislative Assistant in Governor Brown’s office.

Michael received a Master of Public Policy from the University of California, Berkeley’s Goldman School of Public Policy, and a Bachelor of Arts in Economics from the University of California, Berkeley. He was a fellow with the New Leaders Council in 2015 and recently concluded his term on the Advisory Board for the organization’s Sacramento chapter. He is an active member of the Young Professionals in Transportation – Sacramento.