The ITS-Davis interdisciplinary education program is training a new, dynamic generation of leaders, dedicated to the future of low-carbon transportation. Nearly 300 of our Ph.D. and master’s graduates—mainly from the Transportation Technology and Policy (TTP) Graduate Group and Department of Civil and Environmental Engineering, but also Economics, Mechanical and Aeronautical Engineering and others as well—hold diverse and influential positions around the world, in the public and private sector.

Perhaps nowhere are our graduates making their mark more than right here in California, working at state agencies that are fostering global-leading policies on sustainable transportation, renewable energy, and emission reduction. Two such alums profiled here — Ryan McCarthy and Rachel Carpenter — provide a closer look at the impact they’re having, locally and globally.

As California continues to set the standard in environmental and climate policy worldwide, UC Davis Institute of Transportation Studies (ITS-Davis) alumnus Ryan McCarthy, Ph.D. (Civil and Environmental Engineering, 2009) plays a major role in representing the state’s vision on a statewide and international scale.

McCarthy has taken an active role in state transportation and environmental policy and politics since his first position as a state legislative fellow in 2009. McCarthy currently works at the California Air Resources Board (ARB) as the Science and Technology Policy Advisor to the Chair. His current project is devising and implementing a strategy to cut short-lived climate pollutants, also known as super pollutants, such as black carbon (soot), methane, and fluorinated gases such as refrigerants.

“For the last two or three years, I’ve focused on the vision that the state has laid out for greenhouse gases through 2030 and the goals Governor Brown has established, so it’s been great to see that come to light,” McCarthy said. “We’re promoting the future vision, especially in California, where we continue to be on the leading edge by talking about significant amounts of renewable energy and getting off of petroleum as the next big hurdle.” 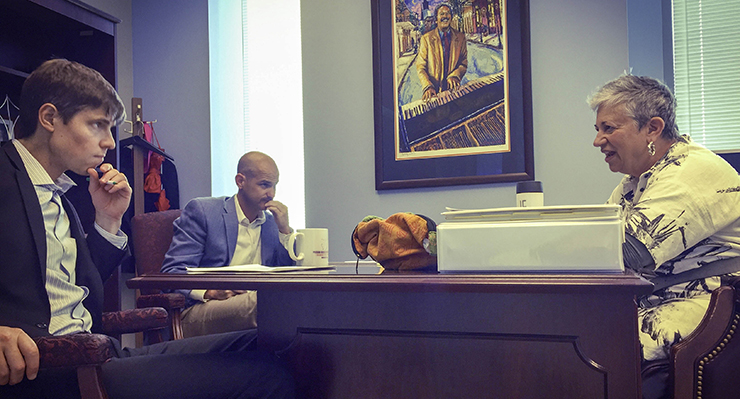 In September 2015, McCarthy participated in a meeting hosted by the Climate and Clean Air Coalition (CCAC) in Paris, a program sponsored by the United Nations Environment Programme. McCarthy’s efforts, along with those of several other California government officials, are playing a huge part in driving California and the rest of the world forward.

“What I was able to present at that meeting was the culmination of a couple years of work here in California that I’ve been really involved in,” McCarthy said. “California has been a great example in setting goals and in its accomplishments, and now the world looks to us for ways to lower emissions while promoting the economy.”

As California works to confront climate change, ITS-Davis research continues to contribute to the state’s policy-making process, McCarthy notes. He praises the Institute’s work on policies such as the Low Carbon Fuel Standard, its research on transportation and fuel technologies and land use, and its diverse Sustainable Transportation Energy Pathways (STEPS) program. And he gives a nod to the new ITS-Davis freight initiative, which is attempting to tackle one of the last big air quality trouble spots, the complex world of heavy-duty transportation.

“What ITS is doing is a great example of how you can bring people on the transportation side and technology side to work with people who are on the planning side – and I think ITS gets these cross-This approach, he said, helps “all these pieces just fit together.”

McCarthy attributes ITS-Davis’ success to its persistence in tackling relevant, cutting-edge issues even as needs change.

When McCarthy was applying to graduate school, he was attracted to Davis’ unique program, even though he initially wasn’t sure what he wanted to do after graduation.

“I think it was a combination of gut instinct, luck, and whatever else you want to call fate or divine intervention. I had always been interested in energy and environmental issues, but I wasn’t particularly interested in transportation at the time,” McCarthy said.

The ITS-Davis program, with its nexus in renewable energy and transportation, was compelling, he says.

“I did what I thought was right and interesting and it turned out well. I got a lot of good guidance from my advisors on finding practical issues to tackle and working on them in practical ways.”

McCarthy says he found the experience he gained from ITS-Davis and STEPS invaluable. He also praises the exposure that Davis gives its students in terms of connections, not only to the academic world, but also to business and government spheres.

“It’s the combination of analytical training, relevant issues, and exposure to researchers, policymakers, and business that contribute to ITS. I think there’s the open-mindedness with the people there, too, and the access to issues and looking at them in a way that’s new to you. There’s no better place to explore new technology and policy than ITS-Davis and it’s a good opportunity to create something you want to create,” McCarthy said.

“You can change the world with what you’re doing at ITS. That may sound kind of hokey, but what they come up with may be the next new policy idea.”

Like many students who come and go through town, McCarthy has left and returned — and he now calls Davis home with his family. Away from the office, his two children, Renan and Riona, keep his wife Erica and him busy, but he adds that they also offer him a lot of perspective in his work.

Although new to her position as the Chief of the California Department of Transportation (Caltrans) Pedestrian and Bicycle Safety Branch, UC Davis Institute of Transportation Studies (ITS-Davis) alumna Rachel Carpenter (M.S., Civil Engineering, 2009), already plays an important role in ensuring traffic safety in the state. 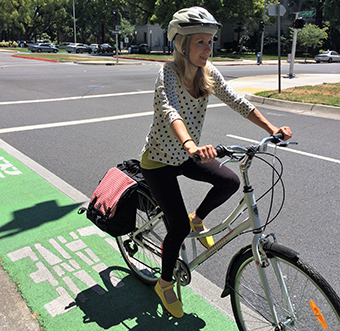 In March, Carpenter took the reins of a position, located in Sacramento, that hadn’t been permanently staffed in over a year. Her background prepared her well for her new role. Most recently, she worked in Caltrans’ Oakland office, where she assisted local and regional agencies in Napa and Marin counties to secure state and federal funding. She gained a thorough understanding of the funding programs available for transportation improvements to increase safety, mobility and access for all modes of travel. Before joining Caltrans, Carpenter was with the San Francisco Municipal Transportation Agency. While part of their Livable Streets subdivision, she was the project manager and design engineer for multiple bicycle, pedestrian, traffic calming, and school area safety projects.

“I was lucky that I had the opportunity to work in the Bay Area, at both the local and state level, on the design and funding of active transportation projects,” Carpenter said. “But I knew that eventually I’d like to return to my hometown. When this position with Traffic Operations was advertised, it seemed like the perfect fit.” She’s excited to be working in Sacramento’s downtown and enjoying commuting by bike through the revitalized midtown area.

“Recently, I developed a training module about pedestrian traffic control devices such as roadway signs, marking, and traffic signals such as pedestrian hybrid beacons. We’ll be providing this training to our district staff. It will be useful as part of their regular traffic investigations, and also for the future pedestrian safety improvement program,” Carpenter said.

Carpenter said she has always been interested in transportation and traffic, particularly sustainable mobility. She was influenced by her upbringing in one of Sacramento’s most livable neighborhoods and also by one particularly passionate professor—Eugene Jud—during her undergraduate years at California Polytechnic State University, San Luis Obispo (CalPoly).

“Civil engineering opens the door to many different aspects of the built environment, for example structures, water resources, transportation, etc.,” Carpenter said. “I concentrated my upper division coursework in transportation and traffic and I was lucky enough to be offered a spot in the ITS-Davis’ program for graduate studies.”

Through ITS-Davis, Carpenter was able to participate in research commissioned by the CalEPA through an Executive Order that assessed the traffic impact of the Fix I-5 “Boat Section” reconstruction project along the Central Sacramento riverfront and synthesized lessons learned on traffic management and travel behavior. She was awarded the 2009 ITS-Davis Outstanding Thesis Award for her portion of this study, which analyzed the impact of the Fix I-5 project closures on bus transit ridership. She found her research with ITS-Davis integral to recognizing the importance of a multi-modal transportation system.

“Through my coursework, and through research in UC Davis Professor Michael Zhang’s lab, I gained a good understanding of transportation systems operations, traffic flow theory, and traffic control. My master’s degree program provided the foundation for the work I do now,” Carpenter said.

“ITS-Davis is a leading research center on sustainable transportation. Faculty work in various disciplines and their research conclusions inform policy decisions. I am thankful for the opportunity to have been part of ITS-Davis.”

Carpenter looks back on her time at Davis fondly, citing the Institute’s wide reach in transportation and helpful faculty as high points of her experience. ITS-Davis offered opportunities to publish and present her work, and to work with government contacts that she may not have otherwise had.

She also enjoyed and learned from Davis’ bike-friendly and walkable transportation system. Now, she’s motivated to make her mark on pedestrian and bicycle safety in California.

The #AggiesAtWork series is done in partnership with the UC Davis Cal Aggie Alumni Association.