In his quest for the solution for today’s environmental problems, Ted Buehler, M.S., Transportation Technology and Policy (TTP), 2008, turns to bicycles.

Buehler has been interested in environmental issues throughout his life. After getting his undergraduate degree in botany, Buehler became interested in regional planning at University of British Columbia (UBC), where he began his legacy of bicycle advocacy by starting the UBC Bike Co-op.

Drawn to Davis because of its prominence as a bicycling city, Buehler enrolled in the TTP program at the UC Davis Institute of Transportation Studies (ITS-Davis), where he wrote his thesis on the history of bicycling in Davis and the decline of the university’s cycling habits in the ‘80s and ‘90s. Buehler’s 2007 thesis was presented to a Standing Room Only audience at the Varsity Theater in Davis and helped launch the bicycle advocacy group DavisBicycles (now known as Bike Davis). Continuing his activism, he has, since then, moved to Portland, Oregon where he has been a co-chair of the bicycle advocacy group, BikeLoudPDX.

“We’re a grassroots membership-driven advocacy organization and we do media output, we talk to government officials, we reach out to other people in the bicycle constituency and we set out tables and encourage people to send postcards,” Buehler said. “With my background in transportation planning, I try to draw out proposals for what should be done. I don’t like to tell people what to do, but sometimes people do need a push in the right direction.” 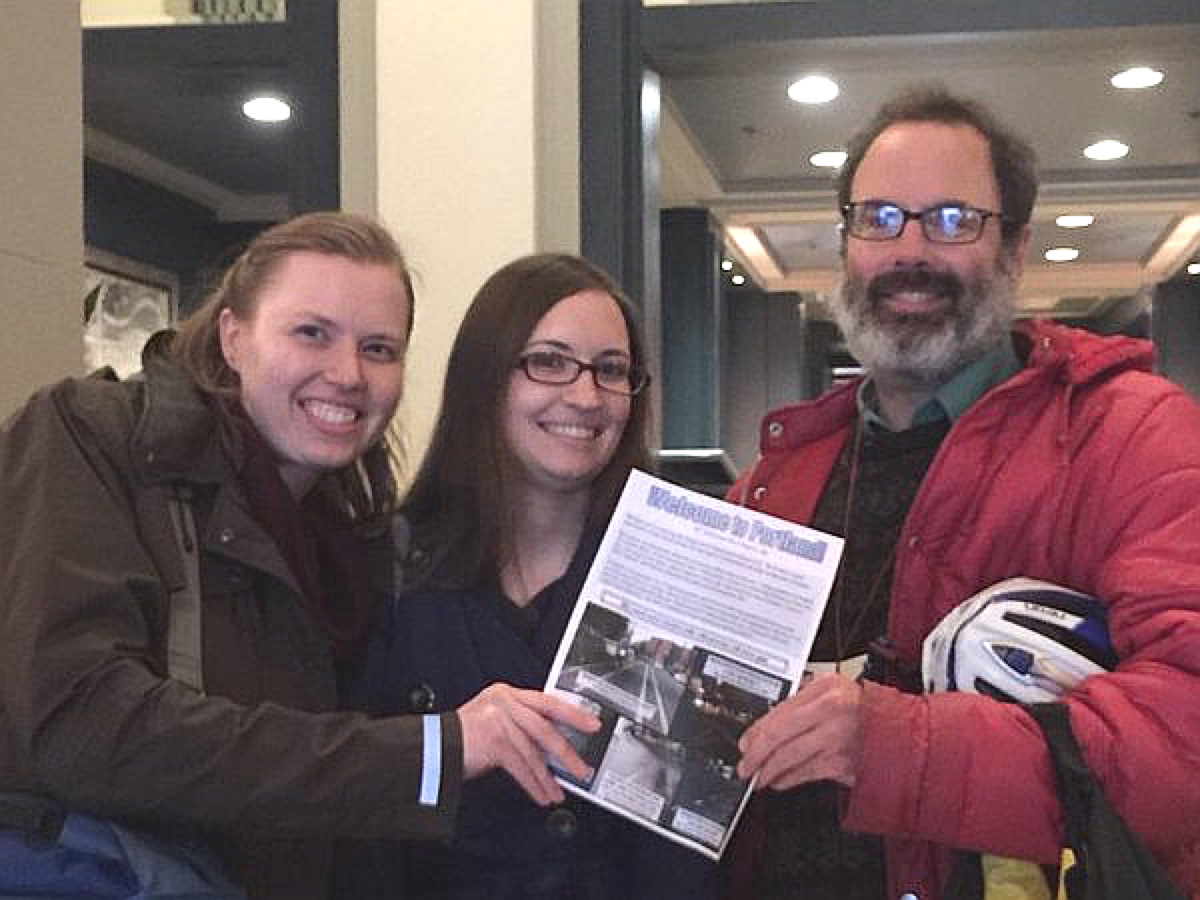 Buehler’s dedication to bicycle advocacy stems from his interest in trying to solve environmental issues. He believes that implementing biking policies and promoting bicycling can fix several environmental as well as social problems within communities.

“I’ve always seen bicycling as a unique silver bullet to environmental problems—especially transportation problems. There are a lot of cars in this world swallowing up fossil fuels and creating environmental instability,” Buehler said. “Bicycling is a good public health activity. It’s a very good social activity because it puts people face to face on the street. It gets rid of fossil fuel use and there are a lot of economic benefits to the biker. It cuts down noise pollution and air pollution. In the transportation world, some people study electric cars and some people study transit and all these things are fine. But one way we can cut all of these problems down is if we focus on bicycling.”

Buehler has found that bicyclists can face opposition and hurdles from the public when trying to enact bicycle-friendly policies. During his time with ITS-Davis, Buehler unearthed Davis’ long history of bicycle activism and social progress through interviews with older Davis residents who have lived in the college town for several decades. Despite that Davis is a small college town and its ideal geography for becoming a biking community, Buehler found that the citizens of Davis really had to rally together to turn it into the well-known biking town it is today.

“Bicycle advocates looked at Davis and thought their cities could never become like Davis, but that’s not a defensible theory. There are places that have the same geography as Davis, but those cities did not become places that had large numbers of people riding bikes,” Buehler said. “And so the real reason that Davis became a bicycle oriented city was because of the citizen advocates that lined up in the ‘50s and ‘60s and promoted bicycling and the university was behind them, enabling Davis to become a bicycling city.”

The sort of movement to push for bicycling that occurred in Davis is what inspires bicycle advocates in cities across the United States. Buehler wants to use this sort of inspiration to further push new bicycling policies as well as safer traffic policies in the city of Portland. Buehler hopes to change the public views on bicycle infrastructure and improve the image of cycling in the media. He is also involved in the movement to get Oregon to adopt a Vision-Zero Policy to significantly lower the state’s number of traffic fatalities. Buehler is also training his peers in BikeLoudPDX in transportation planning.

Buehler feels that both his research for his thesis as well as the instruction he got through TTP helped give him the skills he needed to pursue his passion for bicycle activism. He encourages students to take advantage of the resources that ITS-Davis provides and the environment of UC Davis in general.

“All of the faculty are very involved and very passionate about their research and are also very accessible. This was my third graduate program and the faculty was so much more available–something ITS-Davis students should really appreciate,” Buehler said. “I also encourage everyone to learn how to ride a bike when they go to Davis. There’s just a confluence of benefits from bicycling. And I might also add that bicycling is a lot of fun.”